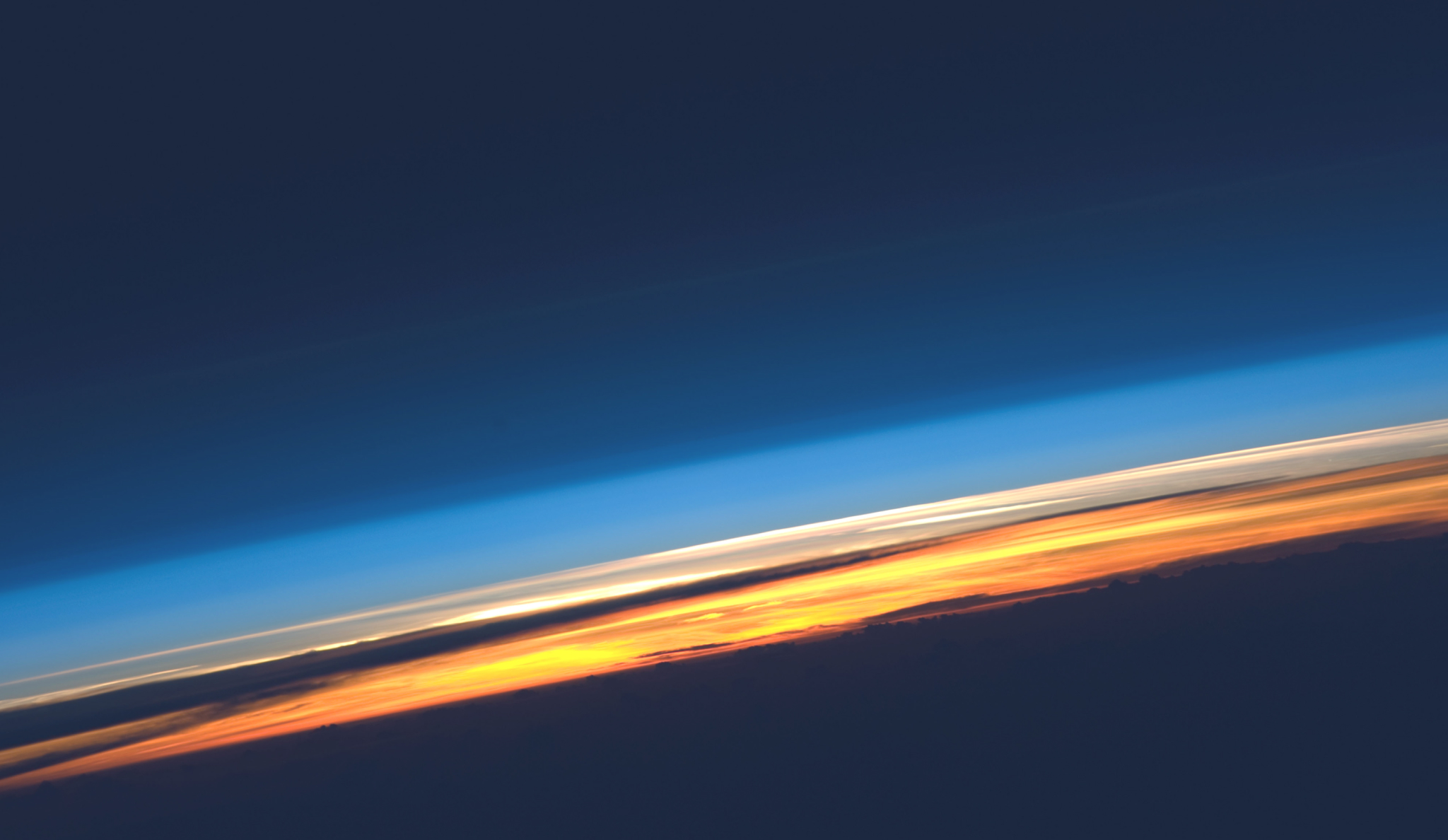 22 Sep KNX launches KNX IoTech, a basis for the future of IoT in home and building automation

Posted at 15:09h in Uncategorized by ortega19

The internet of things (IoT) is an exciting technology that has accelerated the transformation of businesses and has been a catalyst in the development of important and innovative solutions across many industries. And as the concept of smarter and cleaner living becomes more popular, the home and building automation industry looks to IoT for the next stage in its evolution.

At KNX Association, we believe that the time has come for IoT technology to be more prevalent as smart and sustainable living benefits not only the users but our society and the planet. That is why we are excited to announce the launch of KNX IoTech, which will serve as the foundation for the next generation of smart homes and buildings.

KNX IoTech, an expansion of the successful KNX technology

The IoT technology is built on the principle of many devices communicating and sharing data among themselves via the internet. However, this is not something new as it has been around for much longer. In 2007, KNX launched an extension to the KNX technology to transmit KNX information across an IP network. This technology, known as KNXnet/IP, works as an extension to the traditional KNX cabled system, whereby the entire KNX information is tunnelled or routed in an IP frame. The KNXnet/IP solution has been very successful and is widely used across many different solutions in different markets.

KNX IoTech is an extension of IP technology by introducing improvements and features that modern solutions require. It opens the door for many more manufacturers and developers to the KNX technology, thus allowing KNX to offer a wider range of devices and products for the end-users. With KNX IoTech, the KNX data shared can be more easily identified in terms of the source of the data and more easily understood.

Simplifying data to be better interpreted and understood

KNX has designed the KNX Information Model, which documents the different concepts known in a KNX system and the relation between them. In this way, a machine can better interpret the data it receives from a KNX installation. Until now, this information had to be derived from a project exported by the KNX planning and commissioning tool, ETS, of which the format changed regularly and also contained a lot of information which a typical receiver is not interested in. With the new Information Model, receivers can understand the meaning of the KNX data available and focus only on the relevant information that can allow them to make smarter decisions.

The new standardized KNX IoT interface called 3rd Party API will allow KNX members to add more meaning to the product data. This allows the interface to be fed with information via a file exported by the KNX installer from ETS, which also provides the same semantic information to anyone or anything accessing it. This makes it much easier for a machine to figure out what the information it has received relates to.

The availability of this additional semantic information gives rise to new possibilities such as setting up an analytics platform based on this data for optimization of operational efficiency, predictive maintenance, energy management visualization, etc. The planning stage will also benefit from this semantic information as it will identify the right products for the home or building automation project. Such tools could even create rudimentary ETS projects for the KNX installer, who then would only need to do the last fine-tuning before loading the information into the devices.

In a dynamic market, agility and quicker product development are valuable

There are so many facets to smart living and every client has unique needs. Solutions must go beyond being innovative to being customisable as well. Developing a solution by starting from scratch is a lengthy process and by the time the product hits the market, some other solution may have captured that market or the needs from that solution itself may have transformed.

With KNX IoTech, manufacturers can have a quicker time to market when designing KNX solutions for smart homes & buildings by having access to the IoT technology. The speed of developing and releasing new products to the market is also reduced by KNX’s highly reliable security mechanisms that are part of the KNX IoTech. Subsequently, the risks and costs involved to bring a new product into the market also are lowered for the manufacturers. By utilising KNX’s IoT technology, manufacturers can be a part of the wide range of KNX’s product offerings to provide a complete and customisable solution for homes and buildings.

Smart living for all with KNX IoTech

With KNX IoTech, KNX is opening the doors to new possibilities with IoT technology. Our mission is to make smart living ubiquitous with smart homes and buildings so that life can be more comfortable, secure, sustainable, and convenient. KNX IoTech helps us achieve this mission by widening the products available under KNX solutions through simplification and better access to the IoT technology for all manufacturers and professionals. KNX IoTech is already now available to be your gateway to the IoT ecosystem.

You and your team have your own solution to save energy and to measure the reduction of the CO2 footprint impact. We are looking forward to meeting your ideas.

The excess of energy generation

What to do with an excess of energy can also become an additional problem when aiming to be sustainable. It is therefore also important to make proper use of that extra energy. The challenge here is to find the best solution for it once all demand is fully covered already.

It is often necessary to combine different devices to create a solution that fulfills the requirements in smart home and or building projects. For instance, to monitor the use of energy it is needed to create a project with different sensors, actuators, interfaces, monitors and screens, and even specific monitoring software might be required to create an integral solution that helps the user to save energy as well as to reduce the carbon footprint. Other examples can be saving in the use of heating systems, air-conditioning, etc. It is your challenge to create a solution that creates the perfect mix.

The best product that saves the most energy

When working in the arena of smart homes and smart buildings, we need to use individual devices to save energy. There are lots of smart products, it is your challenge to make the best configuration of the specific device you select so that it helps achieve saving energy where it is installed.

The process culminates in the development of a fully and truly connected network when combining all possibilities. For example: KNX classic, KNX net/IP, KNX IoT Third Party API, and KNX IoT Point API, with the semantics of the information model on top of all, makes the possibilities to connect with any KNX product and solution limitless.

As we have already witnessed this opens new business opportunities under the so-called Services with KNX.

KNX was born to integrate diverse applications from different vendors into one common project for smart home and building. Now, customers demand more comprehensive solutions, and so professionals have asked us for new technology. That’s why we’ve developed Services with KNX, a consequence of the unlimited possibilities KNX IoT brings to the technology.

Thanks to Services with KNX, professionals can extend their portfolio with new services, and so end-customers will be able to see all their needs integrated through the whole project. A more connected world for Smart Living.

Thirdly, with the open source technology KNX Point API, we optimize and make the language fully agile by implementing the construction of truly IP networks which can integrate a scalable number of devices, so you can do less and enjoy more. Moreover, we still guarantee the highest security so your home or building is always protected.

By 2022, KNX Point API will allow IPv6 communication, and so enable installations to be extended with devices using media like Thread or WiFi to exchange KNX data.

Secondly, we expand the integration possibilities thanks to the newly approved standard KNX Third Party API and the KNX Information Model. We open a new era of connections through a common language by KNX, oriented to make life easy and, moreover, smart. We are preparing the path for not only smart homes and buildings, but also smart cities.

Thanks to the KNX Third Party API, we expand cloud integration with bidirectional communication between KNX and and the third party. Cloud applications can, therefore, subscribe to information on demand, minimising costs and data transfer to the cloud.

Because of the widespread use of the internet, the market demands a well documented way to interact with every system, using the mechanisms and codes of the IT industry. This is now possible thanks to the KNX Information Model, so that all projects are better documented for KNX professionals and any other IT professional willing to connect with KNX over IP.

KNXnet/IP was the first step we took back in 2007. We opened our doors to the IP world, enabling, creating, and standardizing new integrated connections, while improving the KNX security system within the IoT world with KNX IP Secure.

KNX IP Secure extends the IP protocol in such a way that all transferred telegrams and data are completely encrypted. In addition, KNX Data Secure effectively protects user data against unauthorised access and manipulation by means of encryption and authentication. Learn more about KNX Secure.

You can find out more about which cookies we are using or switch them off in settings.

This website uses cookies so that we can provide you with the best user experience possible. Cookie information is stored in your browser and performs functions such as recognising you when you return to our website and helping our team to understand which sections of the website you find most interesting and useful.

Strictly Necessary Cookie should be enabled at all times so that we can save your preferences for cookie settings.

If you disable this cookie, we will not be able to save your preferences. This means that every time you visit this website you will need to enable or disable cookies again.